It is time for the SIA to stop focussing on generating income and, instead, improve the quality and reliability of KHAR (key holding alarm response)

John Hicks, Director of Property Security Group Limited suggests that it is time for the SIA to stop focussing on generating income and, instead, improve the quality and reliability of KHAR (key holding alarm response)

Property Security Group’s core business is the hire of 4G intruder detection alarm systems with wireless, visual verification cameras monitored 24hrs. They are solar or battery powered and do not require telephone, broadband, wi-fi or electricity connections. These systems are hired at affordable weekly rental with no minimum hire period.

In the event of a PIR activation, Property Security Group 24hr monitoring team will review the video clip and, if appropriate, activate the on-site 110db siren which usually deters intruders and trespassers from remaining on site. They will then despatch a local keyholder company to site.

Of course, the first hurdle was to weed out those KHAR companies who do not offer a 24hr service. Yes, you would not credit that some only work restricted hours such as 10pm to 6am, not 24hrs. Unbelievable!

Then, the national companies who come up on searches for key holding companies in a target area but who are just creative at having a local web page, even though they could be hundreds of miles away, have to be weeded out. They often simply subcontract to unassociated companies without a guarantee of response or hands-on control.

So, then we come to appointing a contractor relying on their SIA accreditation.

But what a let down that is. The SIA do not actually audit response times. The impression I have is that they just take the money and run – and do not care that these KHAR companies are an unknown quantity for their client until they have been called out to site a few times.

Because the reality is that some key holding companies can take hours or days – or not attend at all. Some think that a response time of two to four hours is brilliant and six hours is acceptable.

Others find it okay to say, the next day when chased for a report, that they never made it to site as traffic was heavy, it was windy and trees were down on some routes, they went to the wrong property or the price of fish had gone up – well, okay, the last one is made up, but the other appalling excuses are ones that I have heard too many times. Then some add insult to injury by offering to send someone later that day.

In my opinion, the SIA should get a grip of this situation and test ACS companies. After 20 years’ experience, my perception is that the service is getting worse.

If the SIA cannot justify their value to the UK security industry by rooting out the fake contractors or ones that fail to deliver, then I would hope some creative web designer or social media expert can create some form of “approved response service” directory. I am thinking along the lines of Check-A-Trade but one which will build a good reputation. 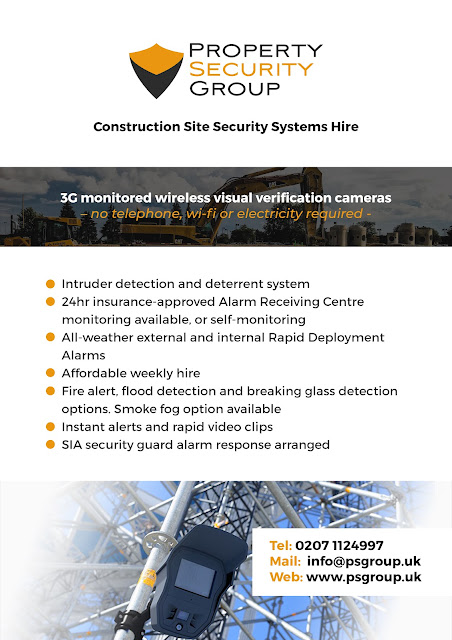 Popular posts from this blog

May 20, 2021
Basingstoke Security Key Holder Services, part of the UK’s Property Security Group Limited “family” of specialist security companies, can attend your commercial premises, car parks or school at agreed times to lock and unlock it.   It is difficult for an employer to guarantee colleagues’ safety and wellbeing when they're alone on site to lock up or open business premises? What happens if they're ill, on leave or late? This ensures that there is no personal risk to your staff having to unlock or lock up alone, hold keys or be given alarm codes – so Basingstoke Security Keyholders daily lock-up and unlock service can help deter such an attack by providing you with a trained, SIA licensed, security officer to support your business. ﻿At close of business, guards physically check all areas, fire exits and windows. By putting away laptops, cleaning white boards, closing all your windows and doors, and turning off unwanted lights, we can improve your general security and hel
Read more